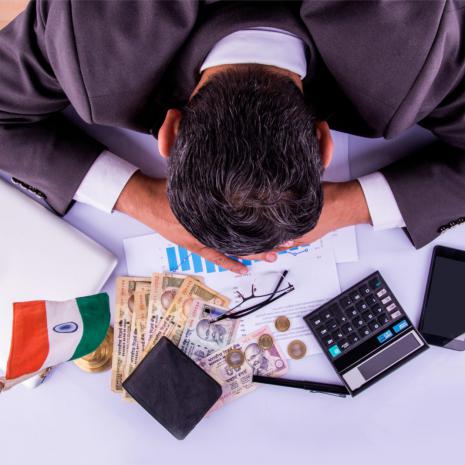 The government of India is reportedly considering levying a type of consumption tax on cryptocurrency trading and even mining. The most grievous part of this proposal is that it may also be a retroactive measure, demanding payments for past actions. The Indian Central Board of Indirect Taxes and Customs is working on a proposal to impose an 18% tax on cryptocurrencies. The proposal will be considered by the Goods and Services Tax (GST) Council once it will finalized, "people with direct knowledge of the matter" told Bloomberg.

According to the proposal: "Purchase or sale of cryptocurrencies should be considered as supply of goods, and those facilitating transactions like supply, transfer, storage, accounting, among others, will be treated as services; Value of a cryptocurrency may be determined based on the transaction value in rupees or the equivalent of any freely convertible foreign currency; If buyers and sellers are in India, the transaction would be treated as a supply of software and the buyer's location will be the place of supply. For transfer and sale, the location of the registered person will be the place of supply. However, for sale to non-registered persons, location of the supplier would be considered as the place of supply. Transactions beyond the Indian territory will be liable for integrated GST, and would be considered as import or export of goods. IGST will be levied on cross-border supplies."

Further according to the proposal, mining will be classified as a supply of service and Indian miners will have to pay taxes on any fees and rewards they make. Additionally, cryptocurrency exchanges, wallet providers and some miners (those making over Rs 20 lakh) will have to register under the GST. India's GST came into effect on 1st July 2017, replacing many former indirect taxes levied by the central and state governments as a measure to streamline the tax code. The Indian government is now considering that the tax on crypto will be applied retroactively since the start of the GST system, according to the same anonymous sources cited above. The meaning of this is that people will have to pay for actions they took about a year or so before the new policy, assuming it will be decided on in a couple of months.