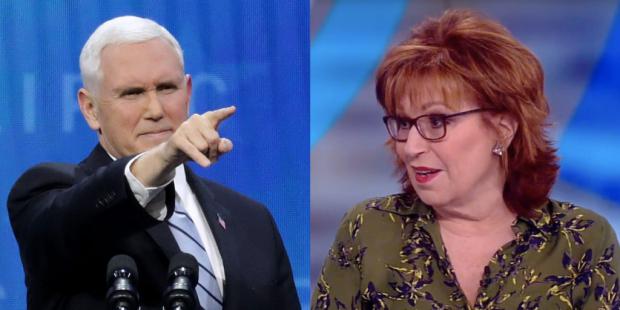 At the annual meeting of Disney shareholders on 3/8/18, CEO Bob Iger responded to Justin Danhof's questions about bias across Disney's media properties -- specifically, Joy Behar's mockery of Christians on "The View" and ESPN host Jemele Hill's characterizations of President Trump as a white supremacist. Danhof is Director of the Free Enterprise Project at the National Center for Public Policy Research.

Our question can be found here:

"I don't know where I start. First of all, Joy Behar apologized to Vice President Pence directly. She made a call to him and apologized, which I thought was absolutely appropriate. I happen to take exception with what she said. I don't think it was right and I was glad to hear she apologized. On the Jemele Hill issue, the only thing I have to add to that, because I have said some things publicly, is that Jemele Hill was spoken with and disciplined for the things that she said or the things that she Tweeted. I'm going to leave it at that. And in terms of your depiction of ESPN and a variety of other things you said: I know you've been to other meetings in the past. You and I have agreed to disagree on these issues, not that some of the things that you've raised don't have some validity, but I don't agree with everything that you said. Thank you. I respect your right to say them."

Of Amazon we should be afraid, very afraid!