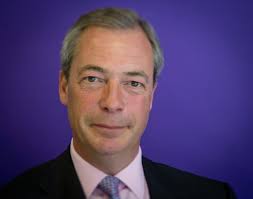 Nigel Farage, the architect of Brexit and the former leader of the UK Independence Party (UKIP), appears to be hinting at a potential political comeback next year. Although he has officially denied rumors that he intends to join the Democratic Unionist Party (DUP) to run for office, his main financial backer and close confidant, Arron Banks, subsequently suggested that Farage is indeed considering such a bid after the end of his term as a Member of the European Parliament in 2019.

"He will continue until his term expires, but what he didn't say is what he would do when his time expires," Banks told the Sunday Times last week. "If he were he to consider joining the DUP in order to run for parliament, I am sure there are many people, including myself, that would be supportive."

Banks made these remarks after attending a fundraising dinner for the DUP with Farage, the guest speaker. The decision by Farage to fundraise for the DUP was controversial within UKIP, with UKIP's Northern Ireland spokesman resigning as a result.

While the DUP, which is one of the two major parties in Northern Ireland, is loosely allied with the governing Conservative Party, it espouses a firmly pro-Brexit,  nationalist and populist agenda that has more in common with UKIP. Like Farage, DUP leaders boast close ties to President Donald Trump, who hosted them at a St. Patrick's Day event at the White House earlier this year. A Farage bid for Parliament as a DUP candidate would be reminiscent of English Conservative MP Enoch Powell, one of Farage's political heroes, who left the party in 1974 in order to successfully contest a seat in Northern Ireland as a candidate for the Ulster Unionist Party (UUP).

No Go Zones: A Guide to Western Failed States and European Secessionist Movements

No Go Zones: A Guide to Western Failed States and European Secessionist Movements

Democrats contemplating secession, civil war as they game out scenarios for contested election

30 Years Ago, My Country Declared Independence from the Soviet Union. Today...

Britain leaves the European Union, leaps into the unknown

Secession Is the Answer to Building a Free Society