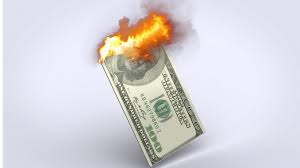 The International Monetary Fund issued a report analyzing possible inflation tendencies and warned of devaluation and drastic price increases. German analysts have commented on the issue in interviews with Sputnik.

According to Stanzl, the important question — if the inflation occurs — is whether "central banks will be able to deal with it."

"I believe central banks won't be able to raise the rates as fast as they need to," he said, adding that this is where the core problem lies.

His point of view is supported by Munich-based financial analyst Dimitri Speck.

"We are living in a heavily over-indebted world economy," he told Sputnik.

"The global economy has never had such a high debt as now. And this debt, apparently, cannot be reduced by regular repayments, but rather by inflation or by the expropriation of private savings," the expert argued.