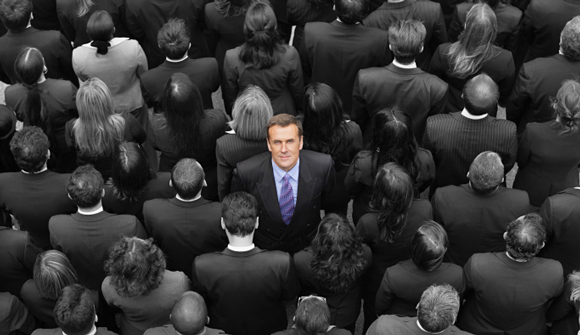 Modern governments and industries work in collusion to control the individual. But ironically, they were only able to grow powerful by exploiting the desire to be an individual.

Many kingdoms and empires were in truth little more than large protection rackets. The king was the capo di tutti capi who collected protection money, and in return made sure that neighbouring crime syndicates and local small fry did not harm those under his protection. He did little else.

Governments needed to rebrand if they wanted to expand into family and community affairs. This is how the great partnership of government and industry was born. They needed each other, they fed off one another.

Governments marketed themselves to the people by appealing to the desire to be an individual. Governments said they would liberate the people from the oppressive regimes of the family and community.

This all happened during a time when you couldn't simply hop on the internet and find your own "tribe." It wasn't so easy to move away, and start fresh.

For social outcasts or the black sheep of the family, life must have been hell. Governments and industry gave them a way out. They could become an individual, but still have the safety net of government. They could join a company to earn money, instead of depending on working on the family farm.

When technology developed to the point where there was excess wealth, governments wanted a bigger cut, and industry wanted more profits. So they found a way to work together to make sure they could receive the extra wealth being created.

The state and the market approached people with an offer that could not be refused. 'Become individuals,' they said. 'Marry whomever you desire, without asking permission from your parents. Take up whatever job suits you, even if community elders frown. Live wherever you wish, even if you cannot make it every week to the family dinner. You are no longer dependent on your family or your community. We, the state and the market, will take care of you instead. We will provide food, shelter, education, health, welfare and employment. We will provide pensions, insurance and protection.'

Romantic literature often presents the individual as somebody caught in a struggle against the state and the market. Nothing could be further from the truth. The state and the market are the mother and father of the individual, and the individual can survive only thanks to them. The market provides us with work, insurance and a pension. If we want to study a profession, the government's schools are there to teach us. If we want to open a business, the bank loans us money. If we want to build a house, a construction company builds it and the bank gives us a mortgage, in some cases subsidised or insured by the state. If violence flares up, the police protect us. If we are sick for a few days, our health insurance takes care of us. If we are debilitated for months, social security steps in.