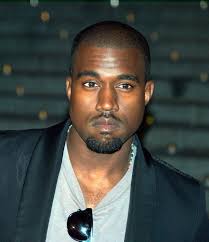 You don't have to agree with trump but the mob can't make me not love him." – Kanye West

Forget petty politics for a moment. Kanye West's recent statement on Twitter defending his love of Donald Trump is one of the most eloquent descriptions of a two-millennia-long struggle in humanity to self-actualize by remembering its origins while forgiving and building a future based on nonaggression and non-vengeance.

In the World of Rap-Pop-Fashion-Fame Media Land

In Kanye West's world, let's call it Rap-Pop-Fashion-Fame Media Land, celebrities must always walk a tightrope of crowd appeasement—they have to be different enough to stand out, but not so different that they trigger a mob frenzy based on envy and fear. Try as they might, celebrities realize that the avatar they become ends up consuming them: one cannot have a direct person-to-person connection with the consumers of their art but must always appease powerful gatekeeping groupthink forces manipulated by record companies, agencies, fashion cliques, radio and TV executives, and political ideologies.