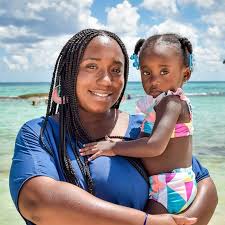 As the National Rifle Association holds its annual conference in Texas, a mother is sitting in prison in Michigan, where she will soon give birth to her second child, as she spends the next two years serving the mandatory sentence for felonious assault and a felony firearms conviction.

But Siwatu-Salama Ra, 26, was a legal gun owner with a concealed carry permit in a state that allows open carry, and when she pulled out her gun, she was defending herself, her mother and her 2-year-old daughter.

The incident occurred in July 2017 at Ra's mother's house when there was a conflict between Ra's niece and a friend. Ra ordered the friend to leave the property, and when the friend's mother, Chanell Harvey, drove to the house to pick up her daughter, a verbal conflict with Ra ensued.

Ra's legal team told the Metro Times that Harvey attempted to run over Ra's mother and started ramming her vehicle into Ra's car, while Ra's 2-year-old daughter played inside. Ra responded by reaching into her glove box and pulling out her legally registered handgun, which was unloaded.

While Ra's decision to point the gun in Harvey's direction stopped any further aggression and resulted in Harvey finally leaving the property, but she did so after pulling out her phone and taking pictures of Ra holding the gun—raising questions about whether she was actually concerned that Ra was going to use it to shoot her.

Harvey went straight to the police and claimed that she was the victim, and Ra was the aggressor who confronted her with a gun in her hand when she attempted to pick up her daughter. Ra also went to the police on the same day and filed a report claiming that she was attacked by Harvey and she pulled out her gun to defend herself and her family.

Given the fact that Ra was a legal gun owner with a concealed carry permit, it would be assumed by many that the law would act in her favor, especially since Michigan has a "Stand Your Ground" law, which states:

(1) An individual who has not or is not engaged in the commission of a crime at the time he or she uses deadly force may use deadly force against another individual anywhere he or she has the legal right to be with no duty to retreat if either of the following applies:

(a) The individual honestly and reasonably believes that the use of deadly force is necessary to prevent the imminent death of or imminent great bodily harm to himself or herself or to another individual.

Two Types of Terror in Michigan