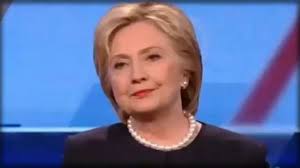 The leading liberal think tank in the United States is deep in embarrassing allegations that it swept sexual harassment under the rug and shamed the victim.

A former leader in the billionaire George Soros-funded Center for American Progress (CAP) harassed multiple women who worked for him, according to internal documents and victim's testimony.

Instead of firing him, CAP let him go to another job with an up-and-coming Democrat politician.

The liberal advocacy group isolated his victim to the point that she quit – and it didn't even tell his new employer about his crude behavior!

This is huge, because CAP is the premier liberal think tank in Washington. It's tied to Soros, the Clintons, and every major Democrat in the capital.

To make the allegation more serious, it surfaced on the liberal BuzzFeed website, which performed an in-depth investigation. Here's the story:

Strong laughed his head off at her.

Then, Strong sent a former co-worker, who asked to be called "Mary," a series of texts about performing oral sex on her, and whether white or black girls were better at performing it.

Maybe CAP was working on a new "position" paper.

It turned out, Strong had a history of harassing and threatening women – even sending a blood-stained letter to a woman who broke up with him in college in 2007.

That probably made him the perfect employee for CAP, which was founded by former President Bill Clinton's former chief of staff, John Podesta, who chaired former first lady Hillary's 2016 presidential campaign.

CAP's union went to management, which dragged its feet. Ultimately, it held an "inclusion training" in 2016, but the trainer focused on "diversity," and the discussion about sexual harassment was "minimal."

Instead, it cranked up the pressure on "Mary" and other female victims.

"On several occasions, myself and others on the team felt as if reporting had been a mistake," Mary wrote, talking about "retaliation … and treatment by supervisors" that drove her out the door.

She's the victim, but she lost her job.

According to the employee union, CAP was guilty of "perpetuating a hostile work environment" for female victims of sexual aggression.

So much for its pro-woman, feminist image!

Management finally looked into Strong's behavior and escorted him out of the building in 2016 – but he was already leaving for a new job with the mayor of Seattle.

To add insult to injury, CAP blamed the victim.