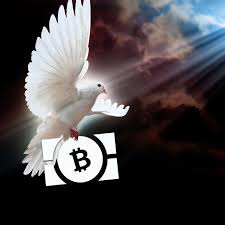 100 years ago a wartime censorship act passed in the U.S. Congress called the Espionage and Sedition Acts of 1918. At the time censorship and propaganda tactics were applied to anyone who cast negative attention on war, and Americans could be jailed if they participated in this behavior. Eventually, the act was repealed but thousands of individuals and groups were convicted for expressing free speech. In memory of this occasion the nonprofit organization, Antiwar.me, is hosting an art contest dedicated to promoting a more peaceful society without war.

Antiwar's Contest 'The Art of Sedition' War is something the human race has been dealing with for centuries, and over the past few decades citizens worldwide have expressed their desires to stop wars but politicians and the bureaucracy continues to bolster the military-industrial complex. The nonprofit organization and non-interventionist website Antiwar.com has been promoting the idea of peace for years and asks everyone to spread the message that wars must end. In order to recognize the period when individuals were barred from speaking freely against unjust wars, Antiwar is having an art contest dedicated to promoting peace.

"In recognition of this muting of free speech we're holding an art contest encouraging all antiwar activists to freely express their thoughts and images about diplomacy, foreign policy, and how we get to a more peaceful future," explains Antiwar.

We are looking for the best Pro Peace/ Antiwar expressions out there to help grow a movement of people working towards a more peaceful future. Can you help answer the question "How do we get there?"

You Won't Believe The Ridiculous New Plot To Get Rid of Trump! Will It Work?