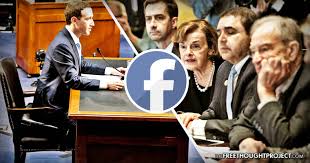 The special congressional hearing on Facebook's use of user data lasted for five hours on Tuesday, and the word "privacy" was mentioned nearly 100 times. While there were a number of questions as to whether Senators Diane Feinstein and Chuck Grassley—who are both 84 years old—fully grasped the concept of Facebook and its business model, the concerns about how the social media giant is treating its users was overwhelming.

"Consumers ought to have clearer information, not opaque policies and complex click-through consent pages. The tech industry has an obligation to respond to widespread and growing concerns over data privacy and security and to restore the public's trust," Grassley said. "The status quo no longer works. Moreover, Congress must determine if and how we need to strengthen privacy standards to ensure transparency and understanding for the billions of consumers who utilize these products."

Sen. Bill Nelson, 75, insisted that if Facebook does not ensure privacy for its users, then Americans' personal privacy will be jeopardized, requiring the government to interfere.

Buchanan: The Worst Of Days For Trump & Trumpists