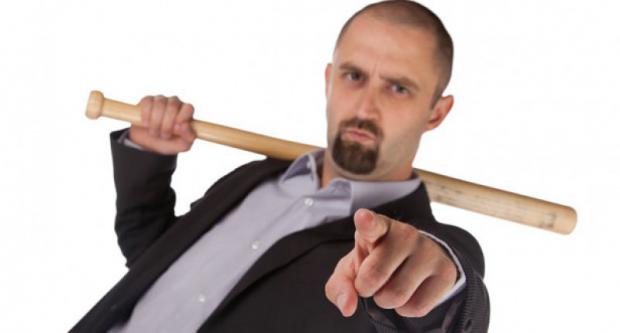 From Daily Mail: A Pennsylvania school district has given its teachers small wooden baseball bats as a reminder to fight a school shooter with any weapon available should other options fail.

Superintendent William Hall of the Millcreek Township School District near Erie, Pennsylvania, said that the distribution of the 16-inch bats on Monday was primarily symbolic, but the district did want to have a 'consistent tool' for all teachers should they need to fight and attacker.

Hall told the Erie Times-News that the mini baseball bats were handed out to the approximately 500 teachers employed by the district's elementary, middle and high school teachers during a training session on how to respond to school shootings.

The president of the local teachers union said he supports the move — 'It's to make people comfortable with the idea that they can attack and not simply go into hard lockdown and just hide, as we'd been told in our training up to this point,' Jon Cacchione, president of the Millcreek Education Association told the Erie Times-News.