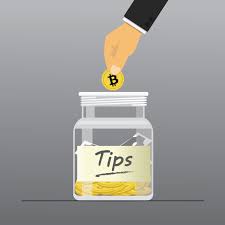 At the moment, there are a few bitcoin cash (BCH) based tipping bots allowing the transfer of micropayments between Reddit users, Twitter feeds, and Telegram conversations. Over the past few months, the BCH community has been utilizing two micro-tipping bots that can transfer BCH on all three of these platforms. The bitcoin cash community likes to spread adoption, and these days they have been using tools that help spread the use of BCH across the internet and even over SMS (Short Message Service) as the currency can be sent as a text message. A few months ago there was an application called Cash Tipper that allowed Reddit users to tip each other BCH but the platform has since gone offline. Following that tipping platform, a new bot called Tippr that BCH proponents can use on both Reddit and Twitter platforms.

The tipping bot Tippr has distributed thousands in BCH since its creation on both platforms. According to Tippr statistics, the bot currently has 11,810 users who have sent 25,576 tips just on Reddit worth $85,261 (59.9 BCH). Users like 'Asicshack' are very generous as the Reddit user has given away $7,582 in BCH to fellow users. The top eight largest tippers have spent well over $2K per individual. On the receiving end, some users in the bitcoin cash community have reaped the benefits of Tippr's services. For instance, the lead developer of Bitcoin ABC, Amaury Séchet (Deadalnix) has received over $2,300 worth of BCH.

Tip People on Telegram With TipmeBCH

Another platform, Telegram, is one of the most popular instant messaging applications worldwide, and just recently the platform announced the accumulation of 200 million active monthly users. A large portion of users on Telegram are cryptocurrency proponents and there's a wide array of different digital currency channels and groups. Further, there are many tools on Telegram that crypto-enthusiasts use on the platform to get news bots and automated Twitter and Reddit feeds. One unique tool on Telegram is the app 'Tip me BCH' an in-line bot that enables Telegram users the ability to tip each other bitcoin cash. Getting paid in Bitcoin and Cryptocurrencies : The Bitcoin.com Weekly Update

Gamblers Could Use Bitcoin at Slot Machines With New Patent