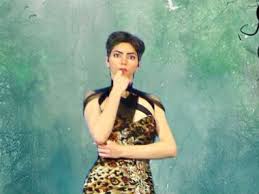 (Natural News) A shooting at the YouTube headquarters in San Bruno, California, turned out to be the work of an angry Youtuber who was censored and demonetized by YouTube, after which she sought to murder YouTube employees in an act of revenge. See the full details about Nasim Aghdam / Nasima Sabz at this link.

Nasim Aghdam was no typical "shooter." She was a left-wing Farsi-speaking vegan into auras, fitness and the vegan food pyramid. On her website, she railed against YouTube for censoring her channel and reducing her earnings — something YouTube has deliberately done to tens of thousands of content channels, including my own now-terminated channel, "TheHealthRanger" (which was terminated without warning or justification).

As this event first began to unfold, I immediately wondered, "Is this a revenge shooting from someone whose content channel was banned by YouTube?" At first, the media reported this was some deranged girlfriend targeting her boyfriend who worked at YouTube, but as more facts have emerged, that doesn't seem to be the case at all. This was, we now know, the first known case of a censored Youtuber escalating the war on free speech into a kinetic response (i.e. an attempted mass shooting).

YouTube is an evil corporation that's censoring many voices of reason, truth and liberty… and now YouTube employees find themselves on the front lines of a shooting war

YouTube, you see, is on a tyrannical censorship crusade to silence all independent voices. Even Nasim Aghdam, as crazy as she may be in other ways, saw that she was being systematically censored by YouTube to silence her views (which, granted, may have been a little twisted, but if she had simply been allowed to vent on a public video channel, she would have had no reason to seek revenge against YouTube in the first place). As she posted on her own website:

As more and more people are coming to realize, this systematic censorship of freedom of expression by YouTube is an act of war against the freedom to speak, as it violates the first and most important divine right set out in the Bill of Rights: Freedom of Speech. As with all such acts of war, it will eventually spawn repercussions from those whose lives are being adversely affected (or even ruined) by YouTube's assault on free speech. This is precisely what we witnessed today with the YouTube shooting. It's not excuse for the shooting, of course, but rather an attempt to try to understand the mental state and twisted justifications of the shooter herself. The important thing to realize is that she's probably not alone in her convictions.