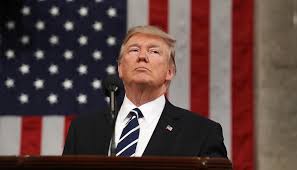 We are long past the point at which constitutional arguments have much hope of restraining the American political class, either at home or abroad. They are still worth making, though, since they serve to show the two major parties' contempt for American law and tradition.

Ever since the Korean War, Article II, Section 2 of the Constitution — which refers to the president as the "Commander in Chief of the Army and Navy of the United States" — has been interpreted to mean that the president may act with an essentially free hand in foreign affairs, or at the very least that he may send men into battle without consulting Congress. But what the framers meant by that clause was that once war has been declared, it was the President's responsibility as commander-in-chief to direct the war. Alexander Hamilton spoke in such terms when he said that the president, although lacking the power to declare war, would have "the direction of war when authorized or begun." The president acting alone was authorized only to repel sudden attacks (hence the decision to withhold from him only the power to "declare" war, not to "make" war, which was thought to be a necessary emergency power in case of foreign attack).

The Framers of the Constitution were abundantly clear in assigning to Congress what David Gray Adler has called "senior status in a partnership with the president for the purpose of conducting foreign policy." Consider what the Constitution has to say about foreign affairs. Congress possesses the power "to regulate Commerce with foreign Nations," "to raise and support Armies," to "grant Letters of Marque and Reprisal," to "provide for the common Defense," and even "to declare War." Congress shares with the president the power to make treaties and to appoint ambassadors. As for the president himself, he is assigned only two powers relating to foreign affairs: he is commander-in-chief of the armed forces, and he has the power to receive ambassadors.

At the Constitutional Convention, the delegates expressly disclaimed any intention to model the American executive exactly after the British monarchy. James Wilson, for example, remarked that the powers of the British king did not constitute "a proper guide in defining the executive powers. Some of these prerogatives were of a Legislative nature. Among others that of war & peace." Edmund Randolph likewise contended that the delegates had "no motive to be governed by the British Government as our prototype."

To repose such foreign-policy authority in the legislative rather than the executive branch of government was a deliberate and dramatic break with the British model of government with which they were most familiar, as well as with that of other nations, where the executive branch (in effect, the monarch) possessed all such rights, including the exclusive right to declare war. The Framers of the Constitution believed that history amply testified to the executive's penchant for war. As James Madison wrote to Thomas Jefferson, "The constitution supposes, what the History of all Governments demonstrates, that the Executive is the branch of power most interested in war, and most prone to it. It has accordingly with studied care vested the question of war in the Legislature."