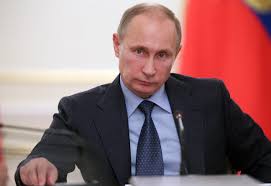 Has it occured to Russia that it is very strange that the UK, a country of no military significance, a country that could be completely destroyed forever in a few minutes by Russia, would concoct false charges against the Russian government, announce these charges publicly without providing any evidence whatsoever, bring the unsupported charges to the UN, issue an ultimatum to Russia, dispel Russian diplomats and seize Russian assets on the basis of mere allegations, all the while refusing any evidence and any cooperation with Russia, as required by law, in the investigation of the charges?

Russians, both government, media and youth brainwashed by American propaganda and the Washington-funded NGOS that the Russian government permits to operate against itself in Russia, seem to think that the many accusations and threats issued against Russia are some kind of mistake that can be rectified by recourse to evidence and law. Apparently, after all these years the Russians still do not understand that Washington and its vassals have no interest whatsoever in facts or law.