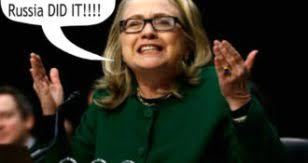 The latest example of alleged Russian perfidy – the poisoning of Sergei Skripal and his daughter, Yulia – is yet another case of faith-based attribution. In accusing Russia of some heinous crime – in this instance, the murder of a former double agent working for MI6 – one needn't present any real evidence: it's only necessary to point the finger at the Kremlin. And of course we haven't had any real evidence proffered by the British government: Prime Minister Theresa May simply declared that Russia is the culprit and gave a midnight deadline for the Kremlin to explain how "its nerve weapon" – as NBC reported it – was used to attacked Skripal on British soil. She has since announced the expulsion of 23 Russian diplomats.

The absurdity of this was inadvertently underscored by the comments of Vil Mirzayanov, the Russian-born chemist who first revealed the existence of "Novichok," the nerve agent developed by the Russians. Mirzayanov came to the United States in 1995: in 2007, he published a book, State Secrets, which tells his story as a chemist working in Russia's secret chemical weapons facilities. Now 83, he gives the following explanation for the attack on Skripal:

"'Only the Russians' developed this class of nerve agents, said the chemist. 'They kept it and are still keeping it in secrecy.'

"The only other possibility, he said, would be that someone used the formulas in his book to make such a weapon."