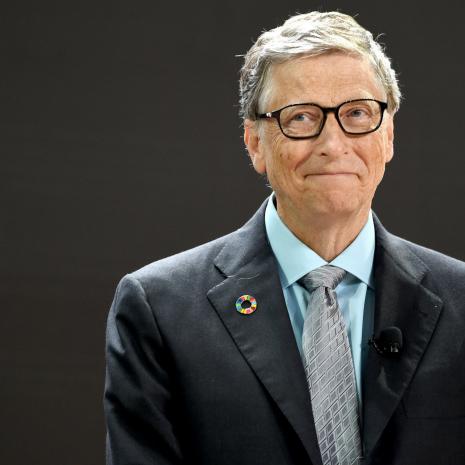 The popular social media billboard platform, Reddit, is famous for its innovative feature, Ask-Me-Anything (AMA). It's a freewheeling, open (mostly) question and response thread placing constituents or fans in near direct contact with the connected, famous, powerful.

Microsoft founder Bill Gates, 62, for close to a quarter century has occupied the title of Forbes' richest person in the world. Estimates in the many tens of billions float about Mr. Gates, as he's since retired from active corporate and software development duty and instead become a philanthropist of the first order. Indeed, he and notorious bitcoin skeptic Warren Buffett derived The Giving Pledge, handing over half their wealth to foundations, attracting other billionaires to do similarly in the process.

Questions during Mr. Gates' sixth AMA revolved from the silly to topically pertinent, and inevitably headed toward cryptocurrency. Askur1337 put it straight: "Whats [sic] your opinion on Crypto Currencies?" In truth, it isn't entirely obvious just what Mr. Gates believes. As far back as 2014, he'd lauded the decentralized currency. He insisted to Bloomberg then, "Bitcoin is exciting because it shows how cheap it can be. Bitcoin is better than currency in that you don't have to be physically in the same place and, of course, for large transactions, currency can get pretty inconvenient."