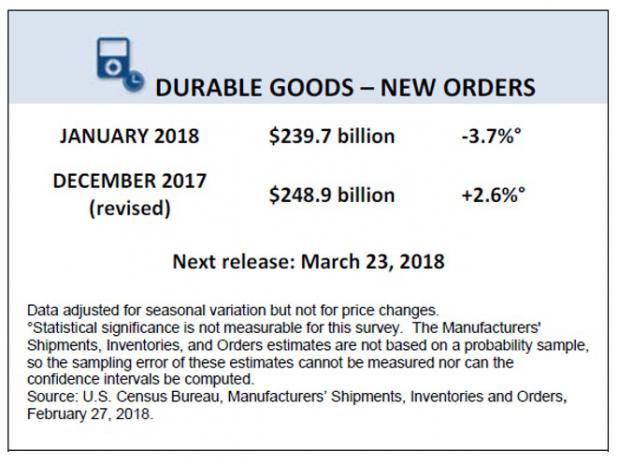 Aircraft had been leading durable goods orders and due to extremely long lead times, that's not a sign of strength. But it was not just aircraft orders that took a hit in the Census Bureau Durable Goods Advance Report.

Shipments of manufactured durable goods in January, up eight of the last nine months, increased $0.6 billion or 0.2 percent to $247.0 billion. This followed a 0.5 percent December increase.

Transportation equipment, up two of the last three months, led the increase, $0.4 billion or 0.5 percent to $81.3 billion.