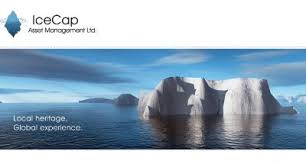 For many, the Super Bowl football game is a rather odd event.

To begin with, Americans claim the winner of the big game to be the world champion – despite never defeating the best from Europe, Asia, or Africa. Next, most of the Super Bowl games are duds. Aside from the crowd pleasing 5 victories by the San Francisco 49ers, and the crowd pleasing 5 losses by the New England Patriots – most games are forgettable.

Now, this lack of competitiveness, isn't necessarily a bad thing. After all, for most people the game is secondary to the entertainment including the commercials and the Halftime Show. The first ever Halftime Show in 1967 featured dogs leaping through hula hoops and catching Frisbees. Everyone agreed it was pretty cool.

In 1974, the Halftime Show scored a huge win when Miss Texas, Judy Mallett, played the fiddle to the 74,000 stomping fans in Houston. THAT was a good time.

Over the years, the Halftime Show developed into something bigger than the game itself, with the more memorable ones featuring wardrobe malfunctions and the ability of the Americans to actually make it rain while legendary rock star Prince sang about rain. And with the possibility of reuniting the Gallagher brothers and Oasis for next year's final gig – the Halftime Show will cement itself forever as being the greatest show on turf.

As the Halftime Show literally occurs smack dab in the middle of the game – it should signal the mid-point of the big event. Yet, in reality the 2nd half breezes by fairly quickly with the outcome usually well decided and well accepted by everyone glued to their screen.

The irony of course, is that this year as millions prepare to enjoy the big show, millions of investors are simultaneously wondering if financial markets have also reached their very own Halftime Show.

It's a show you won't want to miss.

The Multiplier Effect: US Tax Cuts

Yes, despite all the growlings and howlings from both political rivals, and sovereign economic rivals – the recently announced American tax cuts are tremendously good for the US economy.