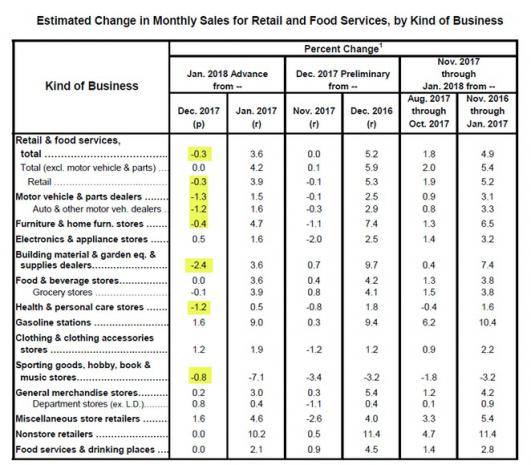 Consumers unexpectedly threw in the towel in 5 countries but the central banks and the IMF insist everything is fine.

On February 14, I noted US Retail Sales Dive, Negative Revisions Too. This will impact both 4th quarter and first quarter GDP estimates.

"Receipts fell 0.8 percent to C$49.6 billion in the last month of 2017, Statistics Canada reported Thursday. It was the biggest monthly decline since March 2016. Economists were expecting no change during the month."