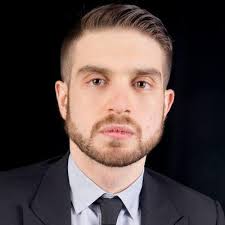 When Democrats talk about evil "Republican billionaires" like Sheldon Adelson and the dreaded Koch Brothers, it's always in apocalyptic terms. They are trying to "buy" elections and hide their influence with "dark money" schemes.

Somehow, Democrats never get around to mentioning their own billionaires and the massive amounts of money contributed to Democratic causes by the likes of Tom Steyer, Mark Cuban, and J.B. Pritzker, who is running for governor of Illinois.

And, of course, George Soros.

Soros's reach is international. He has a huge network of international do-gooder organizations that promote his pet causes. And he is a reliable, if sometimes shadowy, contributor to Democratic Party causes in the U.S.

But Soros's son Alexander is emerging as a major player in Democratic politics. According to the Federal Election Commission, Alexander contributed $650,000 to Democratic campaigns and various committees in 2017.

Alex's generous contributions spanned across a number of liberal party committees and campaigns, including two donations totaling $203,400 to the Democratic Congressional Campaign Committee's (DCCC) recount and  building funds, while providing an additional  $33,900 to the committee during the primary period.

Alex also gave large amounts to the Democratic Senatorial Campaign Committee (DSCC). Like his contributions to the DCCC, Soros gave the DSCC $203,400 for its recount and headquarters account, with another $33,900 going towards the primaries.

The Democratic National Committee's (DNC) building account additionally received six figures from Soros. Alex poured $101,700 into the DNC's headquarters account and $33,900 was provided to the committee for the general election.

In 2014, Alexander Soros only contributed $88,000 to campaigns and liberal organizations. But during the 2016 election cycle, he gave $4.5 million. It's clear that the younger Soros is stepping up his political activity as his 87-year-old father slinks into the background. He seems every bit as interested in advancing liberal causes as the elder Soros and appears to have the energy and the appetite to put his mark on American politics.

It's all legal, of course, but what kind of influence do these billionaires from both parties really have? The Koch Brothers' network of big money donors and conservative activist groups spent half a billion dollars in the 2016 election and came away net losers. Those Democratic billionaires have been spending huge amounts of money on elections and their party has been decimated on every level.