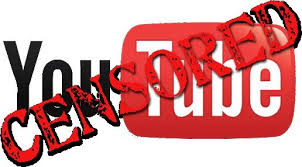 (Natural News) As an Internet-based publication, we certainly believe it is important — crucial even — that the online world remains completely free and open, immune to censorship in any form or fashion.

That's why we're extremely supportive of a legal effort aimed at busting up the Web's biggest information monopoly after a series of very credible reports have documented how that company — Alphabet Corp.'s Google — has been attempting to control the flow of information that browsers can (and can't) see.

"Google dominates Internet search with over 75 percent of the market. If you disappear on Google, your ability to voice your opinion disappears too. You will be silenced," says StopOnlineCensorship.com, a legal effort sponsored by PragerU.com which has seen more than 40 of its educational videos suppressed by Google-owned YouTube.

The videos "have been placed in 'restricted mode' making it difficult or impossible for many young people to access the videos — simply because Google doesn't agree with the point of view presented," the site noted further.

As further reported by The Gateway Pundit, in 2016 The Wall Street Journal brought attention to the PragerU censorship, but after the story was picked up by a few outlets, "the entire case seemed to disappear for a few years." (Related: GOOGLE CENSORSHIP BOMBSHELL: Supposed Natural News "violation" of Google webmaster rules also found running on Google's own Blogspot network!)

But not really; "it rages on and should absolutely not be ignored."

Tech giants like Google and Facebook always deny that their platforms favor some viewpoints over others, but then they don't do much to avoid looking censorious. This week a conservative radio host and author is wondering why YouTube classifies his educational web clips as "potentially objectionable" material.

But more than 15 videos are "restricted" on YouTube, a development PragerU announced this month. This means the clips don't show up for those who have turned on filtering—say, a parent shielding their children from explicit videos. A YouTube spokesperson told us that the setting is optional and "based on algorithms that look at a number of factors, including community flagging on videos." Yet it's easy to imagine a flood of users reporting a political video—microagressed college students have a lot of free time—and limiting a viewpoint's audience.

PragerU produces short videos on a range of subjects "important to understanding American values" that range from the motivations of the Islamic State to the skyrocketing cost of a higher education. The channel has nearly 1.24 million followers and the videos have been viewed hundreds of millions of times. They mostly include an expert guest and background animation to make particular points.

Some recent subjects include, "Can Climate Models Predict Climate Change?," "Trophies are for Winning," "The Inconvenient Truth about the Republican Party," and "Everyone Should Stand for the National Anthem."

Mike Pence asks judge to toss out Republican Louie Gohmert's lawsuit that wants to give VP...

Whistleblower who exposed COVID-19 vaccine side effects slapped with lawsuit