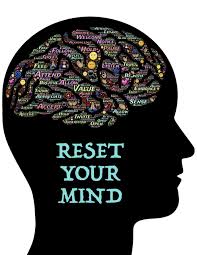 Every decision humans make is colored by their past. Despite vast progress, we are still prey to the oldest tool of learning: social conditioning and the pressure of the group.

What was once a key to survival follows us into the modern age. It shapes our decisions, the careers we choose, and at times even forces us to act against our better judgment.

But we can break free and shape our own decisions. That is the gift of self-awareness. It begins with recognizing something most of us would rather discount; the effects of social conditioning.

Recognizing the prevalence of social conditioning within society and ourselves…

Real freedom from social conditioning begins with accepting and recognizing that we are influenced by social pressure.

Solomon Asch, a social psychologist in the mid  20th century, set out to create an experiment that would test humanity's propensity to conform to the group.

The experiment itself was carried out by selecting 50 individuals and subjecting them to a small vision test among a group of their peers.

The entire test was crafted to be as unambiguous as possible with an obviously correct answer in each experiment. All the participants had to do was say the obvious answer out loud after each of their peers had given their answer.

Unbeknownst to the participants, this was the true experiment. The group of "peers" taking the vision test alongside them were in on the experiment. Their mission was to unanimously give the wrong answer.

This caused the actual participants to face the choice of going against the group even when their judgment told them the group was obviously wrong.

And contrary to Asch's own hypothesis, participants caved to pressure and gave the wrong answer along with the other members.

Handy hack reveals how to fix a broken zip using a FORK...

How to Handle DOOM FATIGUE About the Coronavirus

How to Keep a Windows Laptop Awake With the Lid Closed

What I Bought to Prep for a Wuhan Coronavirus Lockdown

VIOLENCE: Will You Panic When You Least Expect It?

Yes, You Can Build Your Own Military-Grade Silencers Just Like Mine...