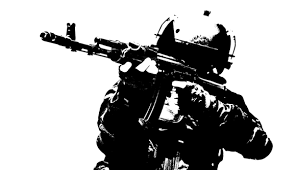 That's the text of a bill introduced in Congress on February 2nd called the Domestic Terrorism Prevention Act of 2018.

But what is an extremist ideology? It's easy to see on one end of the spectrum, once violence happens. But the FBI sees the progression as "crossing the line from First Amendment protected rights to committing crimes to further their political agenda."

It sounds like they are saying speaking out is a precursor to terrorism. Exercising rights is suspicious.

The bill makes repeated reference to "patriot" groups as well as "anti-government militias."

According to the Southern Poverty Law Center, in 2015, for the first time in 5 years, the number of hate groups in the United States rose by 14 percent. The increase included a more than twofold rise in the number of Ku Klux Klan chapters. The number of anti-government militias and "patriot" groups also grew by 14 percent in 2015.

The problem is that one government agency already targeted innocent people based on their affiliation to the word "patriot." The IRS targeted Tea Party Patriots for scrutiny and intimidation by asking intrusive questions far out of the purview of tax collectors.

Now government policing agencies want to associate "patriots" and militias with the KKK and other racist groups. This bill throws out a large net, and innocent people are going to get caught up in it.