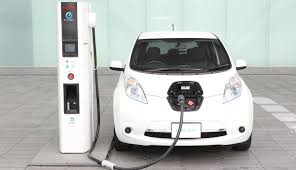 Its befehlshaber (that's German for order-giver) Jerry Brown just ordered the tripling – the almost quadrupling – of the of the number of electric cars which must be on the state's roads by 2025.

Instead of a ludicrous 1.5 million of them, it must be a preposterous 4.5 million.

He did not suggest. Offer it up as a worthy idea. Befehlshaber Brown simply issued an executive order – a Fuhrerbefehl (that's leader order, in German) that it will be so. In order to "curb carbon pollution from cars and trucks and boost the number of zero-emissions vehicles driven in California."

He means force-feed them. "Boost" them sounds gentle and voluntary, even – like a Girl Scout fundraiser or some such.

But what has this to do with the rest of the country?

By decreeing that nearly 5 million electric cars must be on California's roads by 2025 – less than seven years from now – Brown has personally imposed billions in costs on the car industry, which will have to design and build these electric cars – for which there is currently no market.

If there were a market, such production decrees would not be needed.

The car companies will build and design electric cars to meet their quota – just like affirmative action, only on wheels.

But the broader point is that if the car companies are compelled to make such a massive investment in EVs, they will want to make money on the proposition.

One way to do this is to jump on the electric car bandwagon nationally. To not only acquiesce in the CA EV idiocy but to seek its imposition countrywide, so that everyonewill be compelled to buy in. In order to spread the costs around.

People may not particularly want these electric wunderwagens, much less be able to afford them – but perhaps they can be nudged into renting them . . . perpetually.

Especially if there is no alternative – no way to opt out.

California County Sheriff: "I Will Not Enforce Vaccine Mandate"

LA wants all children 12 and older vaccinated before end of the year or students will...