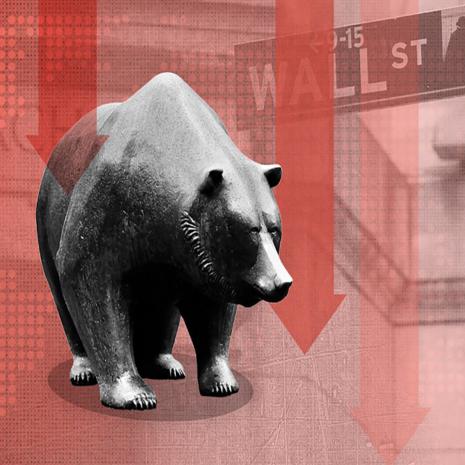 Looking at mainstream media headlines over the past few weeks shows a lot of columnists and pundits have declared that 'bitcoin's bubble has burst.' They always claim that it's much safer to invest in traditional investments like equities or the stock market while at the same time highlighting cryptocurrency's volatile price swings. However, on Monday, February 5th the Dow Jones Industrial Average dropped more than 1,175 points, losing more value in one day than the entire cryptocurrency ecosystem over the past six weeks.

It was a 'Black Monday' on February 6 when both global stocks and the entire cryptocurrency ecosystem shed billions yesterday. The Dow Jones Industrial Average (Dow) and a good portion of stocks worldwide plummeted at 2:40 pm EDT; more so than the drops during the 2008 economic crisis. Yesterday's stock market dip broke records not only bringing up memories of 2008 but the day was also very similar to the other 'Black Mondays' of 1929, 1987, and 2000. However, mainstream media is not so quick to call the stock market slump a 'crash,' a 'bubble pop,' or even a death spiral. Yet the Dow lost more value ($300 billion USD) than the entire crypto-bear run of 2018 in one intraday. In addition to the grueling stock market madness, the financial publication Business Insider published a report that stated, "money was pouring into crypto during the stock market's selloff." The Dow started to nosedive at 2:40 pm EDT, and twenty minutes later the entire cryptocurrency capitalization according to Coinmarketcap spiked 7 percent one hour later.

"Cryptocurrencies got whacked alongside equities last week," explains the report on Monday evening.