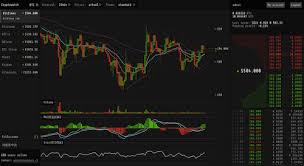 Let's be honest: You don't understand what bitcoin is. Or cryptocurrencies. Or blockchain. (I'm not disparaging your intelligence—even the experts barely understand these things.) But what you do understand is free money—and bitcoin and other cryptocurrencies are suddenly worth a lot of it. As in: If you traded actual dollars for some of this digital handwavery just a year ago, that cloud of 1s and 0s would be worth almost 10 times as many actual dollars now. And you kind of want in on that.

You need Cryptowatch. It's a free web app that turns your browser into something resembling a crypto-only Bloomberg Terminal. Sure, you could just Google around to fill yourself in on bitcoin basics; there are some very noob-readable charts and graphs out there. But if you want your crypto dabbling to look legit to your spouse, significant other, coworkers, or parents (read: anyone whose tacit approval you're subconsciously seeking because you know you're in over your head), Cryptowatch will send the appropriate signal. By which I mean: "appear technical and complicated enough to bore them into leaving you alone with your financial foolishness."

To be fair, Cryptowatch's intimidating visual language—all hairline graphs and monospace fonts, glowing with Matrix-like intensity against a black background—isn't just a pose. The site's been running since 2014, well before the crypto bubble began. Now owned by Kraken, a leading bitcoin exchange, Cryptowatch really is a Bloomberg-esque interface for monitoring and making serious trades in the cryptocurrency space. To that end, the site's dashboards provide a ton of very real—and real-time—information density using standard-issue financial visualizations like candlestick charts and sparklines.