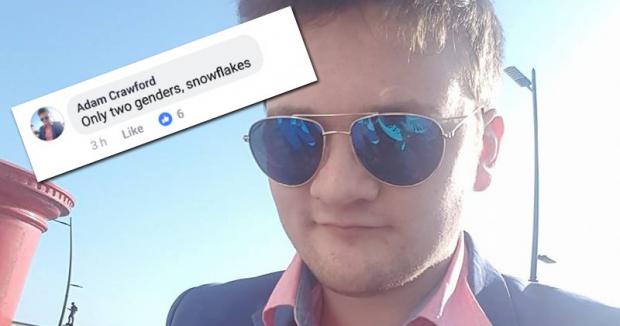 A UK government department has fired an employee for a Facebook post in which said there are "only two genders," according to the man at the center of the controversy.

20-year-old Adam Crawford contacted Infowars to say he had lost his job after a single person complained about his comments.

"Lgbt? What about lgbtqqiiaapxyz?" Crawford sardonically asked in his opening post, before following it up with, "Only two genders, snowflakes."

Another individual named Paul Livingstone took offense at Crawford's remarks and asked, "Is that the official view of the DWP while you are sitting behind your desk?"

The DWP is the Department for Work and Pensions, the largest government department in the United Kingdom.

Crawford denied his comments represented the official view of the DWP, before Livingstone replied, "But you are on the clock right now."