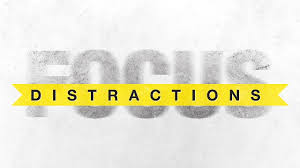 It gives each side everything they desire. An enemy to hate. Someone to blame. And a good show.

For the right, the text messages between agents on the investigation team prove that there was an anti-Trump bias. They feel vindicated in their choice of Trump. If he wasn't trying to drain the swamp, then why is the swamp trying so hard to drag him down?

The corruption involved in the investigation proves what they believe, that it is all rigged. It shows that the political machine is attacking an outsider. And it shows Trump is the perfect one to take them on.

But the left sees it differently. They think Trump is desperately trying to distract from Mueller closing in on high ranking Trump officials. They see these stories about FBI corruption as proof that Trump is guilty. Why else would he be so keen on destroying the FBI's credibility?

They think the text messages and the intelligence memo that supposedly points to more corruption, are just slight of hand to obscure the actual guilt of Trump and associates.

The left and the right will both feel robbed by the corruption of the other side. Their anger and resentment will increase. This will inevitably fuel the us versus them meme.

Meanwhile, Back at the Ranch…

But there is another us versus them story that the mainstream media is not so happy to promote. It is the government versus the people.