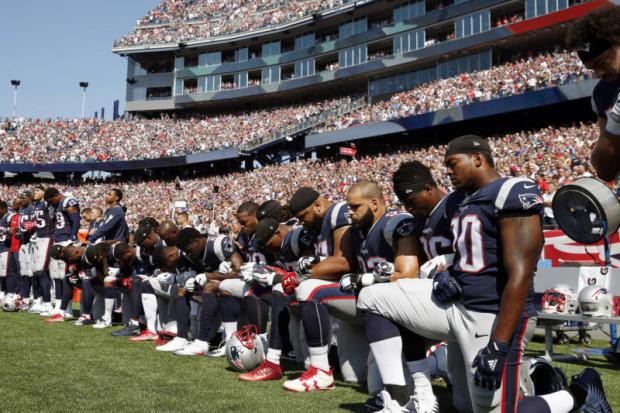 Despite the ratings struggles the NFL suffered in 2017, there's still no doubt that the Super Bowl 52 on Feb. 4 will still the biggest television event of the year.

It could also mean the end of the league.

NBC has announced their intention to use the big game to help protesters shove liberal politics down the throats of millions of Americans — and the stunt could cause millions of households to change the channel.

According to Breitbart, NBC executives have told producers to televise every player that kneels during the national anthem in protest ahead of the championship game between the Philadelphia Eagles and New England Patriots.

"When you are covering a live event, you are covering what's happening," said NBC Sports Fred Gaudelli last Tuesday. "If there are players who choose to kneel, then they will be shown live."

"The anthem will be aired live and is scheduled to be performed by Pink," Fox News pointed out. "Potential protesters will have an opportunity to make a statement in front of a massive audience, as 112.2 million people watched Super Bowl LI last season — the fifth most-watched program in television history."