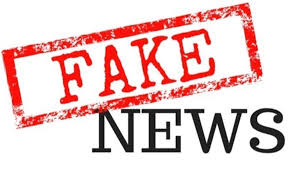 While NATO was busy setting up a vast network with which to accuse Russia of perpetuating propaganda from the Soviet era, Washington was suddenly swamped by a wave of hysteria. In an attempt to discredit the new US President, the dominant media accuse him of talking rubbish – in response, the President accuses them of propagating fake news. This cacophony is amplified by the swift development of the social media, which had once been intended for use as weapons of the State Department against nationalist regimes, but which today are popular forums used to combat abuse by all kinds of elites – with Washington at the top of the list.

As soon as the announcement of his surprise election was made public, and even before he had access to the White House, the immense majority of US and NATO media began screaming about the negligence and insanity of President Trump. Battle was joined between the media class and the new President, with each side accusing the other of propagating fake news.

Almost everywhere in the NATO countries – and only in these countries – political representatives began denouncing fake news. This was intended to reveal the supposed influence of Russian propaganda within the « Western democracies ». The State which has been the most seriously impacted by this campaign is France, whose President Emmanuel Macron recently announced the drafting of a law specifically aimed at fighting these « attacks on democracy », but only during « an electoral period ».

The fact that the English expression fake news is maintained in all the languages of the NATO countries attests to the Anglo-Saxon origin of the problem, when in fact the phrase designates a phenomenon as old as the world – false information.

At the origin of the campaign against « fake news » – NATO

COVID-19(84) Death Count Includes PEOPLE WHO DIDN'T DIE OF COVID, But How Many IS UNKNOWN!!!

If the Main Stream Narrative Was a Conspiracy

The 10 ways Media is Gaslighting us

The Establishment's Plan To Divide Part 2: COVID-19, Election 2020, And The Great Reset

They're FREAKING OUT Over What Trump Said About The Flu!

Trump leaves hospital to return to White House, vows to be 'back on the Campaign Trail soon'