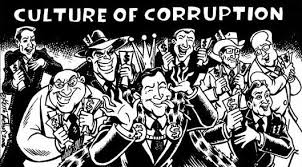 I've reached the limits of my tolerance for individuals who have bartered their morality, consciences, integrity, religious beliefs and liberty for political gain.

This is not a reality show. It is not an experiment in political theories or a contest over who generates the biggest laughs, or the highest ratings, or the best polling numbers.

The United States of America is run by a cabal of racist, classist, sexist, militaristic, misogynistic, greedy, heartless thugs who are obviously satisfied that their latest CEO—Donald Trump—is doing such a great job of keeping the nation polarized and pole-axed by his reality show antics.

After all, why hire a statesman when you can hire a buffoon who will entertain, enrage and incite a nation to the brink of madness.

They—the powers-that-be, the Deep State, the controllers, the financiers, the war hawks—want us at the brink of madness. They want us in a state of civil unrest. They want the riots and the mob violence and the political discord and the state of panic. They want us to fight each other and be incapable of taking a united stand against tyranny.

They want us silent and subservient.

We have been silent when the universe demanded that we get up, stand up, and speak out.

There comes a time when silence is betrayal, warned Martin Luther King, Jr.

We ignored King's warning about the triple evils of poverty, racism and militarism, and look where it's gotten us: mounting national debt, impoverished communities, racial unrest, endless wars abroad and a military industrial complex that has turned its greedy sights on America.

We can no longer afford to ignore the warnings about where this is all leading.

The clock is ticking us down to doomsday.

Remember that dystopian Pentagon training video being used to prepare armed forces to solve future domestic political and social problems? It's only five minutes long, but the military training video says a lot about the government's mindset, the way its views the citizenry, and the so-called "problems" that the military must be prepared to address in the near future, which include criminal networks, illicit economies, decentralized syndicates of crime, substandard infrastructure, religious and ethnic tensions, impoverishment, economic inequality, protesters, slums, open landfills, over-burdened sewers, and a "growing mass of unemployed."

The Pentagon is anticipating that all hell will break loose by 2030. That's only 12 short years away.

We can no longer afford to pretend that we are just playing a game. The stakes are too high. In this particular game, winners take everything, and losers lose their lives.

This is life in the American people state and it is increasingly becoming desperate, dangerous and heart-breaking for everyone who doesn't belong to the elite class of corporate/government operatives that are really in charge.

We're all in this together.

No Likely Change in US Interventionist Agenda Ahead

Coverup of What May Have Caused Hank Aaron's Death