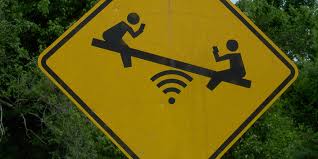 A new study out of Harvard once again makes it clear why incumbent ISPs like Comcast, Verizon and AT&T are so terrified by the idea of communities building their own broadband networks.

According to the new study by the Berkman Klein Center for Internet and Society at Harvard University, community-owned broadband networks provide consumers with significantly lower rates than their private-sector counterparts.

The study examined data collected from 40 municipal broadband providers and private throughout 2015 and 2016. Pricing data was collected predominately by visiting carrier websites, where pricing is (quite intentionally) often hidden behind prequalification walls, since pricing varies dramatically based on regional competition.

In many markets, analysts couldn't make direct comparisons with a private ISP, either because the ISP failed to meet the FCC's 25 Mbps down, 3 Mbps up standard definition of broadband (a problem for countless telcos who refuse to upgrade aging DSL lines), or because the ISP prequalification website terms of service "deterred or prohibited" data collection.

But out of the 27 markets where they could make direct comparisons, researchers found that in 23 cases, the community-owned ISPs' pricing was lower when the service costs and fees were averaged over four years.