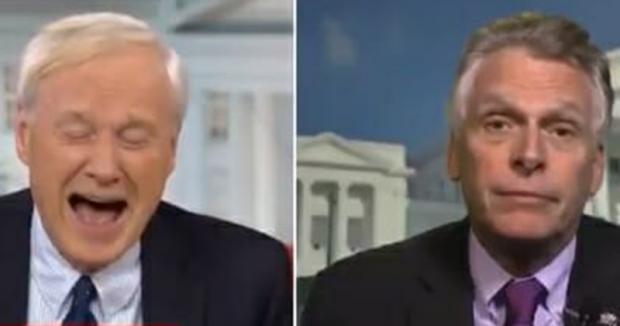 'You would have to pick him off the floor'

During an Appearance on MSNBC, Virginia Gov. Terry McAuliffe stated that he would punch out the President if he "got in my space".

Chris Matthews asked McAuliffe what his reaction would be if he was in a debate with the President, and Trump acted the way he did toward Hillary Clinton.

"He intimidates his opponents. He takes people like Jeb Bush and makes them look weak. He says "Low energy Jeb" and it works. He refers to somebody as 'Little Marco' because he's not as tall as he is. He finds anybody's weakness and turns it into something that destroys them." Matthews said.

"You would have to pick him up off the floor," McAuliffe responded.