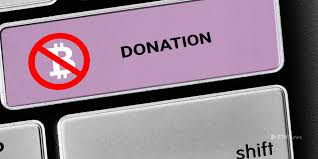 Bitcoin is one of the more popular cryptocurrencies being used around the world today, but many local governments and locations within the United States are against the use of this currency. Bitcoin users have been enjoying the unregulated use of the currency online, especially when playing at online casino sites. By making use of a Bitcoin wallet, users can exchange US dollars for Bitcoin and use these anywhere online. Unfortunately, many local states and governments are not supporting the use of this currency.

There has been much debate between individual US states on whether bitcoin is an accepted form of currency. In Kansas, the use of bitcoin to donate to politicians is not supported and the Executive Director of the Kansas Governmental Ethics Commission says that bitcoin is "too secretive" and that it cannot be used as a form of donation. In Kansas, it is believed that the use of bitcoin donations would influence local elections by unidentifiable lobbyists since the currency is hard to trace and is not backed by any government.

In response to the Kansas bitcoin campaign ban, other states like Missouri are embracing the use of bitcoin. Austin Petersen, a U.S. Senate candidate has started to collect donations that have been made with bitcoin. Petersen strongly believes that bitcoin is just what the US needs. The federal government has had control over currency for too long and there are no consumer choices. With cryptocurrencies, American liberties are supported and this Republican is proud to accept bitcoin donations.

1 Comments in Response to Bitcoin Donations Forbidden by Kansas Government

This is good. You can't deduct bitcoin donations from your taxes. But you can deduct at least part of your cash donations. Kansas is helping you.

Bitcoin Is Premium Collateral And Perhaps The Salvation of Hedge Funds

Is Crypto About To SKYROCKET In 2020? - Why Millions Are Getting Ready For The Next BULL MARKET!