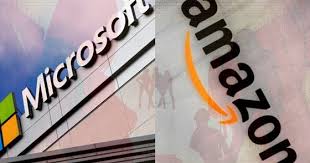 (Natural News) An American media outlet has obtained copies of emails sent to brothels by "high-level Amazon and Microsoft directors" who are now facing charges of sex trafficking, marking the latest Left-wing sycophants who have been [allegedly] busted for treating women badly.

As reported by Engadget, the online magazine Newsweek managed to obtain "a slew of emails sent to brothels and pimps between 2014 and 2016 that document the industry's patronage" of sex houses "and purchasing of services from trafficked sex workers."

The tech website reported that included in the emails, which were obtained via public records requests to the King County (Washington) Prosecutor's Office, were 67 sent from Microsoft employee accounts and 63 Amazon accounts.

"Some of the emails were collected during a 2015 sting operation that targeted sex worker review boards and resulted in the arrest of 18 individuals, including high-level Amazon and Microsoft directors," the report said.

Two of those chose a jury trial, which is currently scheduled to begin in March.

Revelations that Amazon and Microsoft directors were involved in sex trafficking led both companies to release statements — what else? — condemning sex trafficking.

"Microsoft has a long history of cooperating with law enforcement and other agencies on combating sex trafficking and related topics, and we have employees who volunteer their time and money specifically to combat this issue as well. The personal conduct of a tiny fraction of our 125,000 employees does not in a

Prime Day vs. Black Friday: What time should you buy?