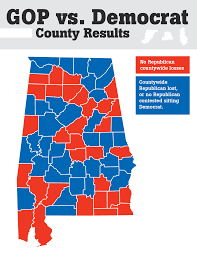 Update (9:30AM):  Shortly after Roy Moore filed a lawsuit to block the certification of Alabama's Senate race, Secretary of State John Merrill confirmed to CNN  that the lawsuit will not stop the results from being certified as planned at 2pm EST.  Doug Jones is expected to be confirmed to the Senate by Vice President Mike Pence on January 3, 2018.

Alabama Secretary of State John Merrill confirmed Thursday morning that Democrat Doug Jones will be certified the winner of the Alabama special Senate election despite Republican Roy Moore's refusal to concede and request for a new election.

"Will this affect anything?" Merrill said on CNN's "New Day," referring to Moore's challenge. "The short answer to that is no."

Merrill said he would meet Thursday afternoon with Alabama Gov. Kay Ivey and the state Attorney General Steve Marshall to certify Jones' win, and that Jones would indeed be sworn in when the Senate returns in January.

Republican Roy Moore, who is apparently still living under the delusion that he may have won the Alabama Senate race, has filed a lawsuit to block Secretary of State John Merrill from certifying election results until a "thorough investigation of potential election fraud" has been conducted.  Here's a portion of Moore's statement via The Hill:

"We call on Secretary of State Merrill to delay certification until there is a thorough investigation," the statement continued while citing "three independent election experts" who say there was "election fraud sufficient to overturn the outcome of the election."

The lawsuit came about 14 hours ahead of Thursday's meeting of a state canvassing board to officially declare Jones the winner of the December 12th special election.

The complaint also contains an affidavit from Moore 'stating that he successfully completed a polygraph test confirming the representations of misconduct made against him during the campaign are completely false.'

Who Knew Nick Saban was a Marxist Sympathizer