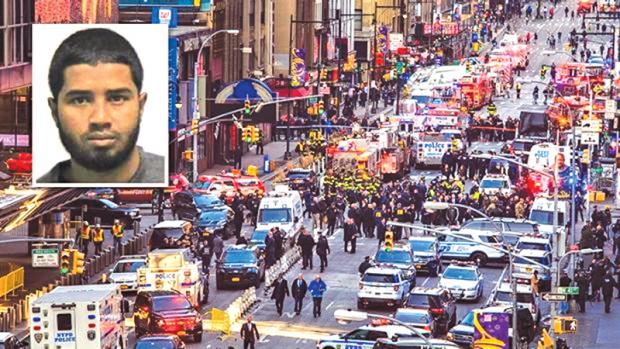 According to police, at the height of the Monday morning rush hour this week, in an underground pedestrian walkway that I have used many times, in the middle of Manhattan, a permanent legal resident of the United States named Akayed Ullah detonated a bomb he had strapped to his torso in an effort to kill fellow commuters and disrupt massively life in New York.

The bomb was inartfully constructed, and it injured slightly four people nearby and Ullah himself seriously. He survived, was captured on the spot and is now in the joint custody of the New York Police Department and the FBI in the prison ward of Bellevue Hospital.

Ullah's wounds had barely been addressed by emergency room physicians when the calls began to resonate in the government and in the media to strip him of his constitutional rights and ship him to a military facility in South Carolina or at Guantanamo Bay, Cuba.

These voices argued without access to any evidence that because the Islamic State is a foreign power with an army that has sworn to do harm to Americans and destroy our way of life, its soldiers have no constitutional protections when they go about their destruction.

The West That Was, Part 5