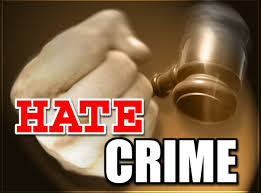 Even though hundreds of death threats called into Jewish centers last year were shown to be carried out by an Israeli-American teenager living in Israel, the House just voted 402-2 in favor of the "Combating Anti-Semitism Act of 2017" to expand hate crime laws and penalties against "religiously affiliated institutions."

The only two congressmen to vote against the act were libertarian republicans Justin Amash and Thomas Massie who have actual principles and care about the Constitution.

The Muslim-Jewish Advisory Council on Monday praised the passage of the bill:

NEW YORK, Dec. 11, 2017 /PRNewswire-USNewswire/ — The Muslim-Jewish Advisory Council praises the passage of the Protecting Religiously Affiliated Institutions Act of 2017 (H.R. 1730) by the U.S. House of Representatives. The bill, adopted by a vote of 402-2, would expand coverage of federal hate crimes laws protecting houses of worship to include religiously affiliated institutions, and would send a signal of no tolerance for hate crimes against people of faith.

"Crimes against religious institutions are intended to create an atmosphere of fear that deters community members from attending worship services and social involvement. These hate crimes pose a danger to the religious freedom and security of all Americans," said Stanley Bergman, Co-Chair of the Council.

Co-Chair Farooq Kathwari added, "We look forward to the Senate also adopting this bill on a bipartisan basis as now is the time to take action against hate crimes in this country."

'We're Coming for You': For Public Health Officials, a Year of Threats and Menace

Two women are charged with hate crimes for stealing a MAGA hat from a terrified...