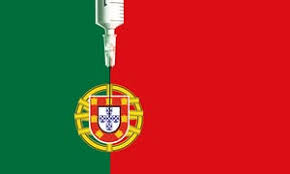 When the drugs came, they hit all at once. It was the 80s, and by the time one in 10 people had slipped into the depths of heroin use – bankers, university students, carpenters, socialites, miners – Portugal was in a state of panic.

Álvaro Pereira was working as a family doctor in Olhão in southern Portugal. "People were injecting themselves in the street, in public squares, in gardens," he told me. "At that time, not a day passed when there wasn't a robbery at a local business, or a mugging."

The crisis began in the south. The 80s were a prosperous time in Olhão, a fishing town 31 miles west of the Spanish border. Coastal waters filled fishermen's nets from the Gulf of Cádiz to Morocco, tourism was growing, and currency flowed throughout the southern Algarve region.

'The Assistant': The #MeToo Film That Has Hollywood Worried