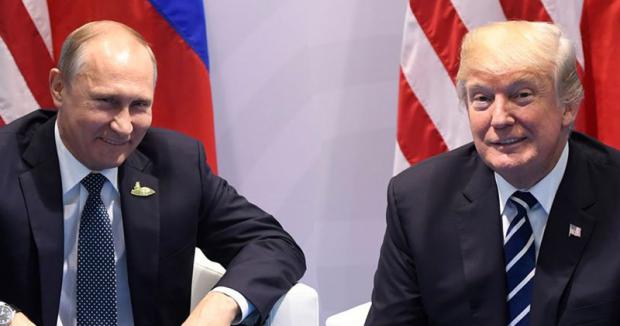 President Donald Trump has been widely criticized by the mainstream media and deep state apparatchiks for the way he conducts his foreign affairs, but the results speak for themselves. After pursuing an alliance with Russian President Vladimir Putin to crush ISIS, official estimates show that there are now fewer than 3,000 ISIS fighters remaining in Iraq and Syria.

"Current estimates are that there are less than 3,000 #Daesh fighters left – they still remain a threat, but we will continue to support our partner forces to defeat them," U.S. Army Colonel Ryan Dillon said in a Tweet, using the Arabic acronym of Daesh to describe the Islamic State.

This comes following the ceasefire negotiated by Trump and Putin in Syria. Putin is a long-time Assad ally in the region. Although the United States was careful to admonish Assad frequently and even lobbed bombs into his country to admonish him for his alleged use of chemical weapons, the U.S. gave Russia support in the region. With Putin leading the way, former President Obama's empowerment of ISIS and other radical terror groups in the region is all but forgotten.

Previously, Obama had pursued the contradictory policies of overthrowing Assad while wiping out ISIS. This was supposed to be achieved by giving U.S. aid to 'moderate' terror groups linked with Al Queda. Trump officially reversed this policy, ordering the CIA to stop arming these groups, and the subsequent reversal of fortunes in the Middle East is apparent. Under Trump, America is winning when it comes to foreign policy for the first time in a long while.

Despite the progress, the U.S. is not expected to leave the region anytime soon.

"We will continue to support our Iraqi partners in the battle against ISIS (Islamic State) with training, equipment, advice and assistance," said Maj. Gen. Felix Gedney, who serves as deputy commander for support of coalition forces.

"The next phase will focus on the provision of lasting security, while developing Iraqi sustainability and self-sufficiency," he said.

Defense Secretary James Mattis previously said that troops would be staying in Iraq and Syria indefinitely to stop ISIS 2.0. This open-ended mandate could justify a permanent troop presence.

For What Should We Fight Russia or China?