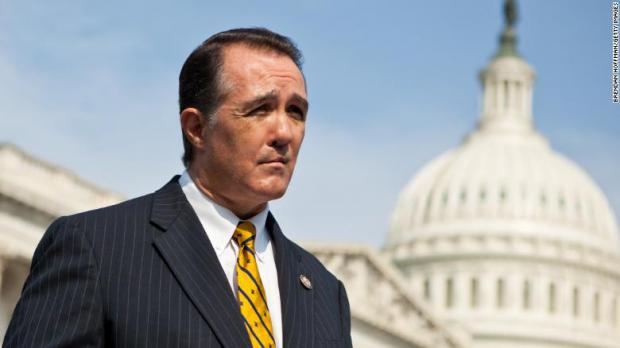 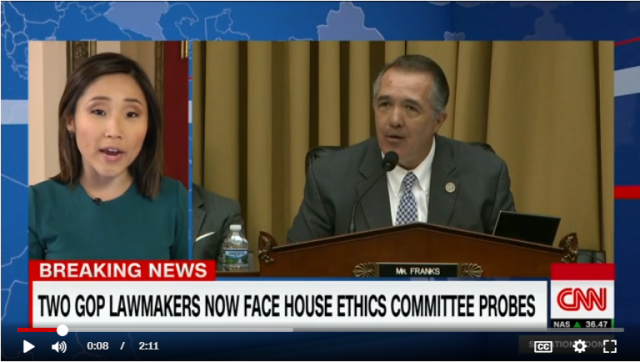 (CNN)Republican Rep. Trent Franks of Arizona announced Thursday night that he is resigning from Congress after being informed that the House Ethics Committee had opened an investigation into allegations of sexual harassment from two female former staffers.

What did Franks do, you ask? Let's let Franks tell you himself. Here's an excerpt from his statement announcing his resignation:

"Due to my familiarity and experience with the process of surrogacy, I clearly became insensitive as to how the discussion of such an intensely personal topic might affect others.

"I have recently learned that the Ethics Committee is reviewing an inquiry regarding my discussion of surrogacy with two previous female subordinates, making each feel uncomfortable. I deeply regret that my discussion of this option and process in the workplace caused distress."

So, here's how the Franks statement -- in meticulous detail -- casts how this whole thing came about:

1. He and his wife had problems conceiving and carrying a baby to term. (Franks notes in the statement his wife had three miscarriages.)

2. Eventually they found a woman to be a surrogate. That woman gave birth to twins.

3. He and his wife wanted more children. So did their kids. ("We continued to have a desire to have at least one additional sibling, for which our children had made repeated requests," writes Franks.)

4. He discussed the possibility of surrogacy with two women who worked for him.

It's not entirely clear -- at least to me -- whether Franks was talking about surrogacy with the two staffers or asking them to actually be surrogates for his wife and him. Neither is good. One is worse.

Judging from the reaction by Speaker Paul Ryan -- well, I'll let you decide. Here's a snippet from the statement from Ryan's office about the whole thing:

"Last Wednesday, the speaker was briefed on credible claims of misconduct by Rep. Trent Franks. He found the allegations to be serious and requiring action. The next day, the speaker presented Rep. Franks with the allegations, which he did not deny. ... The speaker takes seriously his obligation to ensure a safe workplace in the House."