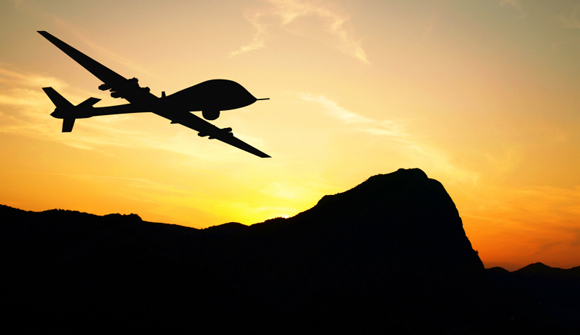 Sometimes I wish I had no conscience or morals. Then I could go to work for the government writing fear propaganda.

Killer robots are the latest terror. But there are so many takes on it! It's like Josef Goebbels' dream to have so much material to work with. All the "possibilities" and "predictions" just make you want to curl up in a ball and let the government handle everything!

The spokesman for Stop Killer Robots campaign then warned the consequences of deadly tech winding up in the wrong hands would lead to catastrophic consequences.

He said: "Authoritarian dictators getting a hold of these, who won't be held back by their soldiers not wanting to kill the population."

"This capability is out there – scaling it up to swarms of drones doesn't need any huge inventive step, it's just a question of resources, time, and scale.

"I think that's an absolute certainty that we should worry about."

Hmm… okay? Doesn't seem like dictators have had too many problems in the past getting their soldiers to kill the population. Automating death and destruction is certainly a scary thought though. World War One was a testament to the damage that soldiers can do with automatic guns, tanks, and chemical weapons. 20 million military and civilians died.

And yet, in the same time frame, the Spanish Flu swept across the globe killing at least 20 million people. Some estimates suggest upwards of 50 million deaths caused by the virus.

House GOP Fires Back At Pelosi, Questioning Her Capacity To Lead