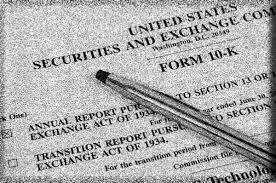 The legacy of the W.J. Howey Company lives on, though not in a way the owners of the Florida citrus grove would have likely envisioned.

Seven decades after its legal battles with the SEC, the company has been enshrined with near legendary status in the cryptocurrency space, as the investment contract test every initial coin offering token is being judged by.

"Many of us lawyers studied this Howey case when we were in law school, and we couldn't have, in our wildest dreams, imagined going into a room like this where it could be recited like it's the Pledge of Allegiance," joked Lewis Cohen, a partner with Hogan Lovells, during a legal panel Tuesday at Consensus: Invest in New York.

As the world of cryptocurrencies and ICOs continues to race ahead, the lingering questions the test elicits in the ICO community about how these tokens will fit within existing legal and regulatory frameworks remains the elephant in the room.

Perhaps the most pressing question is whether there is a distinction to be made between tokens that function as securities and those that have a broader utility for a future platform.

In that regard, the Simple Agreement for Future Tokens (SAFT) framework, which sought to advance the dialogue of what a two-tiered token sale that separates the primary and secondary markets might look like, has received a good deal of optimism.

But yesterday at the conference, multiple speakers poured cold water on the concept and suggested a return to the drawing board.

"I'm not a huge fan of [SAFT]. I think trying to hermetically seal that pre-ICO financing is not as democratized and open as you'd like it to be."