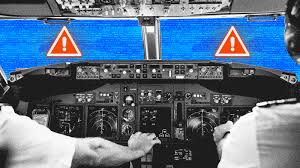 Could terrorists hijack an airliner remotely by hacking into its cockpit controls, putting its fate in their hands?

This question is being asked because of the revelation that a team of cyber experts at the Department of Homeland Security successfully hacked into the avionics of a commercial airplane parked at an airport as part of a test.

The problem is that nobody with knowledge of aviation cyber security is sure of how vulnerable airplanes are to such an attack—and some believe that the DHS test has simply added to the confusion and created needless alarm.

A Boeing spokesman told The Daily Beast: "We witnessed the test and can say unequivocally that there was no hack of the airplane's flight control systems."

Information about the extent of the test is restricted and there is a strong feeling among hacking experts that the full extent of the threat will remain underestimated—as they claim it has been for years.

The issue ignited after Robert Hickey, from the Cyber Security Division of the DHS, told a meeting of cyber experts in Virginia that his team had "accomplished a remote, non-cooperative penetration" of a Boeing 757, owned by the department, while it was parked at Atlantic City airport.