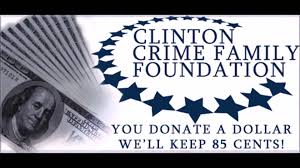 On Tuesday, Attorney General Jeff Sessions sent a letter to the House Judiciary Committee on Monday night in which he informed them that he authorized senior prosecutors at the Justice Department to evaluate whether allegations regarding the Clinton Foundation and the sale of a uranium company need to be investigated.

The letter was in response to a request to appoint a special counsel by Republicans on the committee.

ABC News obtained a copy of the letter and reports:

Republicans are raising questions because around the same time, business associates of Uranium One donated millions of dollars to the Clinton Foundation.

Sessions had pledged to steer clear of Clinton-related investigations, announcing in March that he would recuse himself "from any existing or future investigations of any matters related in any way" to Clinton's or Trump's 2016 presidential campaigns.

Goodlatte had also raised questions about the handling of the Clinton email investigation.

Boyd informed Goodlatte that the Department of Justice forwarded a copy of the letter to the department's inspector general, which is investigating former FBI Director James Comey's and former Attorney General Loretta Lynch's handling of the matter.

Was an innocent man framed for Bobby Kennedy's murder?

Sirhan Sirhan, 77, the man convicted of assassinating RFK in 1968, could be freed TODAY:

Sirhan Sirhan - who assassinated Robert F. Kennedy in 1968 - could soon be a free man...

Vax or Jail? The Dilemma Facing Some Americans

Innocent Man Locked in Mental Facility, Forcibly Drugged for THREE YEARS Because No One...

Federal Prosecutors Drop Charges Against Chinese Researcher Accused of Being a --