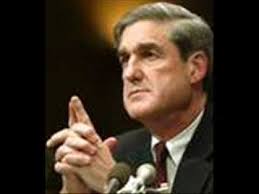 In a stunning interview on The Alex Jones Show, famed FBI whistleblower Sibel Edmonds completely destroyed special counsel Robert Mueller, laying out a series of facts that paint Mueller as a deep state operative who in the past has actively covered up Islamic terror networks and is now conducting a sort of "new McCarthyism" in his sham investigation into supposed ties between President Trump and Russia.

Edmonds noted her background dealing with Mueller and it is not pretty. Not only did he help suppress evidence in her case he also issued a gag orders to silence the truth.

"Imagine my shock when I saw that Robert Mueller was appointed as the special counsel in this case, the same Robert Mueller, who in my case, put gag orders together with attorney general Ashcroft," Edmonds noted.

"There were FBI agents, not only in the Washington field office, but also in the Chicago and Patterson field offices, who were blowing the whistle on Mueller internally, saying hes squashing our investigations [into terror networks]."