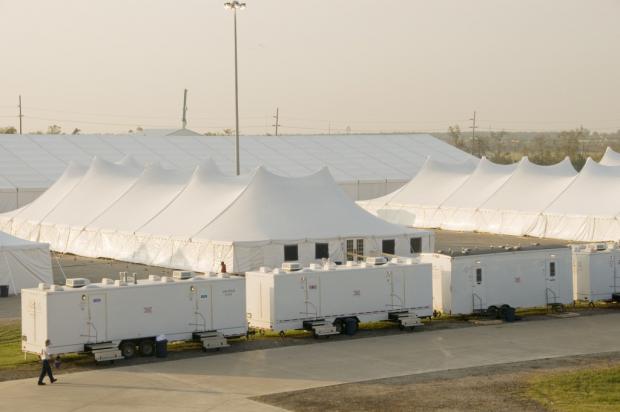 The evidence is overwhelming and from certain documents we can ascertain how "detainees" will be captured and transported to these infamous FEMA camps.

One of the purposes of this article is to demonstrate, that from the government's own documents, they tell us what kind of hell-on-Earth is awaiting the American people courtesy of the United Nations.

In Parts 1-3 of this series, it was established that the globalists have organized a plot designed to overthrow the US government and the American people.

Their first objective is to bring holy hell to the United States. Antifa (ie MS-13 and ISIS), along with CIA support, Deep State resources and the use of the FBI cover-up elements, are in the midst of bringing so much chaos to American soil, that UN intervention will be deemed necessary based on previously covered prior agreements between the US government and the United Nations. Three days ago, I cited a Fox News report which stsated that UN soldiers (eg Russians and Chinese et al) will seizing guns and imprisoning those deemed to be a threat to the New World Order. In the threee previous parts of this series, I documented how the UN troops have been practicing for the takeover.

This articles examines the fact that it will be UN forces that will be operating the FEMA camps of mass incarceration.