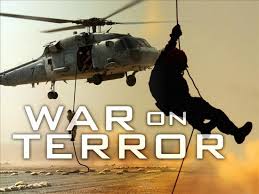 The US government has spent a staggering $1.46 trillion on wars abroad since September 11, 2001, according to the Department of Defense's (DoD) periodical "Cost of War" report. As International Business Times reports, this amounts to $250 million a day for 16 years consecutively.

According to the report, despite the fact that the war on terror is still ongoing rapidly to this day, Operation Iraqi Freedom (2003-2011) and Operation Enduring Freedom (2001-2014) account for the vast majority of the cost, amounting to more than $1.3 trillion collectively.

It must be noted that this analysis only covers direct war-related expenses and is certainly on the lower side of such estimates of the cost of American wars to date. For example, in 2014, a report from Congress' nonpartisan research arm found that the government had already shelled out over $1.6 trillion for the war on terror. That estimate would amount to approximately $337 million per day every single day for that 13-year period.

Last year, a report released by Dr. Neta Crawford, professor of political science at Brown University, found that spending by the United States Departments of Defense, State, Homeland Security, and Veteran Affairs since 9/11 was even higher, reaching almost $5 trillion.

That being said, the DoD's recent report mainly covers the costs of military operational costs, support for deployed troops, and transportation of personnel and equipment. It does not include the expense of veterans' benefits for troops who served in these wars. The cost of veterans' benefits alone is projected to be somewhere between $600 billion and $1 trillion. The total also notably does not include "non-DoD classified programs" such as those conducted by the Central Intelligence Agency, which, as we know, has a significant budget of its own.