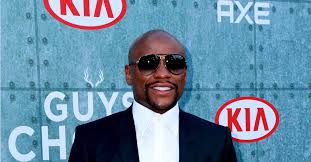 The U.S. Securities and Commission (SEC) has issued a public statement that calls celebrity ICO endorsements "potentially unlawful" and warns that celebrities who improperly promote security tokens may be liable for violating federal securities laws.

The statement, which is attributed to the SEC Division of Enforcement and the SEC Office of Compliance Inspections and Examinations, states that celebrity ICO endorsements potentially violate securities regulations because they do not properly disclose source and amount of any compensation paid in exchange for the endorsement.

"These endorsements may be unlawful if they do not disclose the nature, source, and amount of any compensation paid, directly or indirectly, by the company in exchange for the endorsement."

This is significant news because, as CCN has reported, ICOs have hired a myriad of celebrities to endorse their ICOs and promote them on social media, including household names like boxing legend Floyd Mayweather, actor and recording artist Jamie Foxx, rapper The Game, and football star Luis Suarez.

While the SEC has not issued specific guidance on ICOs, it stated earlier this year that tokens from The DAO, an infamous early ICO that resulted in the creation of Ethereum Classic, were securities and that other ICO tokens may fall under securities laws, too.

In this latest announcement, the SEC affirms that any individual who promotes an ICO token that is deemed a security under federal law must disclose the exact nature, scope, and amount of compensation they receive in exchange for endorsing the ICO. Otherwise, the promoter may violate the anti-touting and anti-fraud provisions of federal securities laws, making them liable for acting as "unregistered brokers".

"Any celebrity or other individual who promotes a virtual token or coin that is a security must disclose the nature, scope, and amount of compensation received in exchange for the promotion.  A failure to disclose this information is a violation of the anti-touting provisions of the federal securities laws.  Persons making these endorsements may also be liable for potential violations of the anti-fraud provisions of the federal securities laws, for participating in an unregistered offer and sale of securities, and for acting as unregistered brokers."

Annie Oakley: The Forgotten History of the Most Iconic American Woman Sharpshooter

'Y'ain't sticking me with that needle': Tom Hanks son Chet urges his followers...

How Austin Has Undergone a Pandemic Influx From Hollywood: "Growth on a Turbocharger"